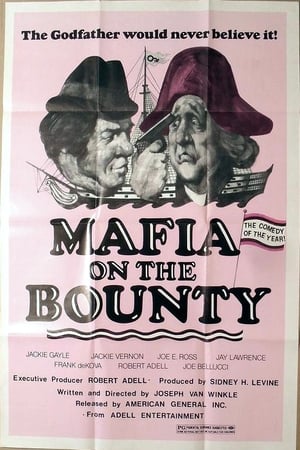 Movie: Mafia on the Bounty(1980)[593336] A Mafia don concocts a scheme to convince several Mobsters to meet abroad a bomb strapped yacht. There, they encounter a crew of gay men (including a man (played by Jackie Gayle) who's seizures make him believe he's the Captain) and an eager female crew member who mistaken them for movie producers.